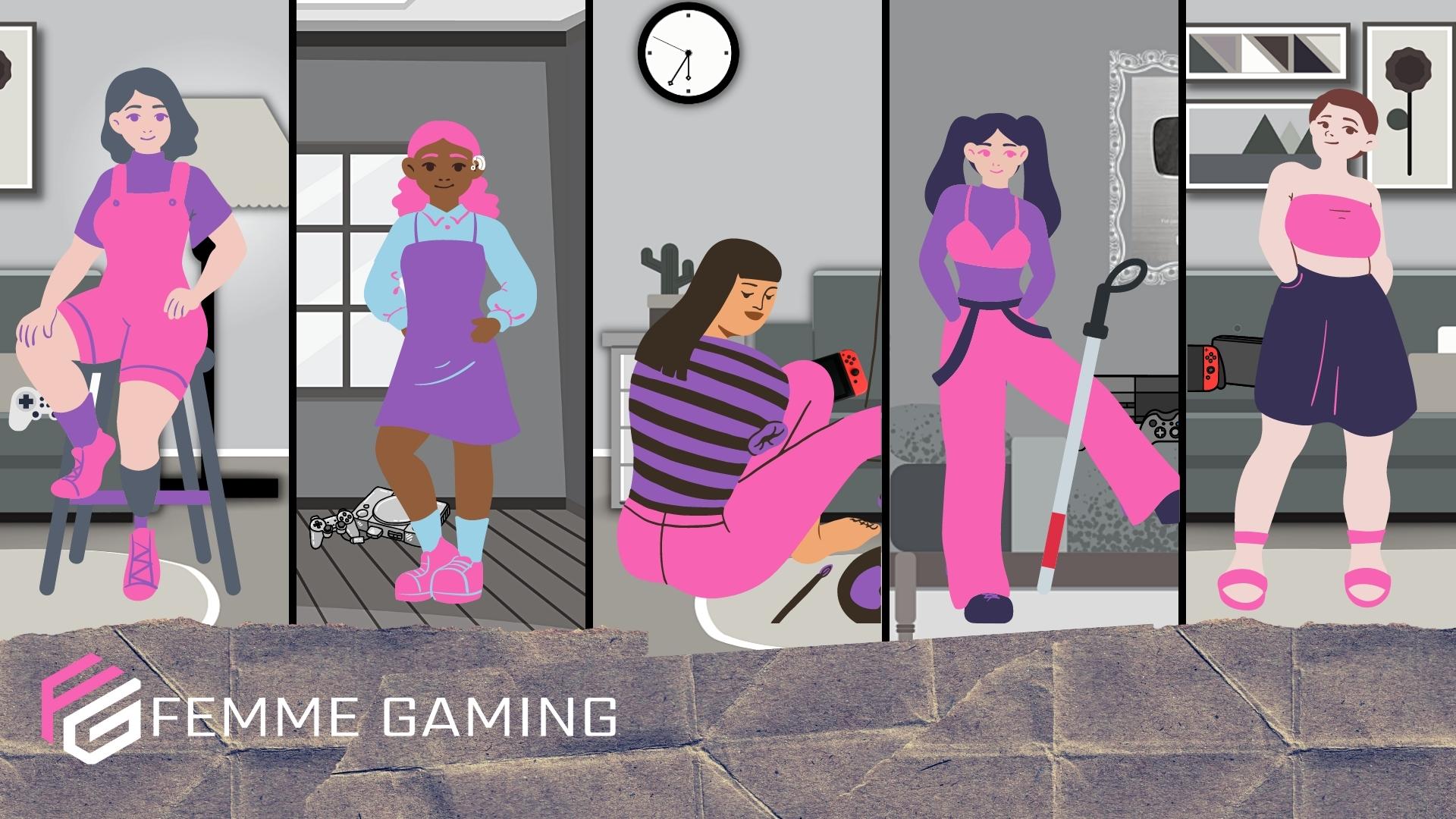 Did you know that approximately a quarter of the population in North America lives with some kind of disability? (via the CDC and Statistics Canada) Those disabilities range from mobility difficulties to hearing, vision, and cognitive issues, including chronic and mental illness. Accessibility for those with any kind of disability is an everyday challenge and accessibility to gaming remains sparse, and many solutions have come from players themselves rather than developers and console manufacturers. Just as in real life, accessibility is an afterthought rather than an intentional design.

But first, what does it mean for a video game to be accessible?

The most obvious answers to someone who’s able-bodied might be regarding more visible, physical disabilities, like fine motor skills requiring adaptive controllers (which are still hard to find), font type and size for the visually-impaired and customizable controller options, or deaf and hard-of-hearing communities needing subtitles and captions. While those concerns are legitimate, disability and accessibility encompass a much wider, less-known range. For example, colorblind individuals need settings to help them distinguish game elements better, and dyslexic players can benefit from easy-to-read fonts designed especially for them. Others with either physical or cognitive disabilities are asking for assist modes and options, so another player can join and perform some actions that may be harder or impossible for the disabled player, and the ability to skip portions of the game like boss fights or sensitive material.

More options in the difficulty settings for extremely hard games, like Cuphead and Sekiro: Shadows Dies Twice, is another accessibility demand that’s spilled quite a bit of ink. The problem is that some fans consider the difficulty level to be part of a game’s design and intent, and thus it shouldn’t be customizable to make the game more accessible. Obviously, it creates barriers that limit that game’s accessibility, and more developers are starting to think about the consequences. As storytellers, they might want more people to be able to experience their games, not less.

It’s not all bad news

A bunch of organizations are working to keep studios accountable and further accessibility in the gaming space. For example, industry experts came together to create the Game Accessibility Guidelines, a grocery list of sorts that studios can use as part of their development process to insure better accessibility. Players can turn to various resources, like a blog named Can I Play That, which reviews video games on their accessibility, and provides resources and news coverage of the industry as well.

Does more effort need to be done to make video games accessible to all? Of course, but there are more than a few great initiatives taking place, and some truly accessible video games are being released every year. According to Mark Brown, who deep dives in game design and production on his YouTube channel Game Maker’s Toolkit, 2021 saw some amazingly accessible blockbuster games being released, such as Ratchet & Clank: Rift Apart, Far Cry 6, The Last of Us Part II and Forza Horizon 5. He also mentions industry leaders such as Microsoft and XBOX, who have made great strides towards accessibility as well in the last year.

Accessibility is an integral part of equality, and it is part of what Femme Gaming fights for, as true equality includes every marginalized community. What kind of accessibility feature are you looking forward to the most?