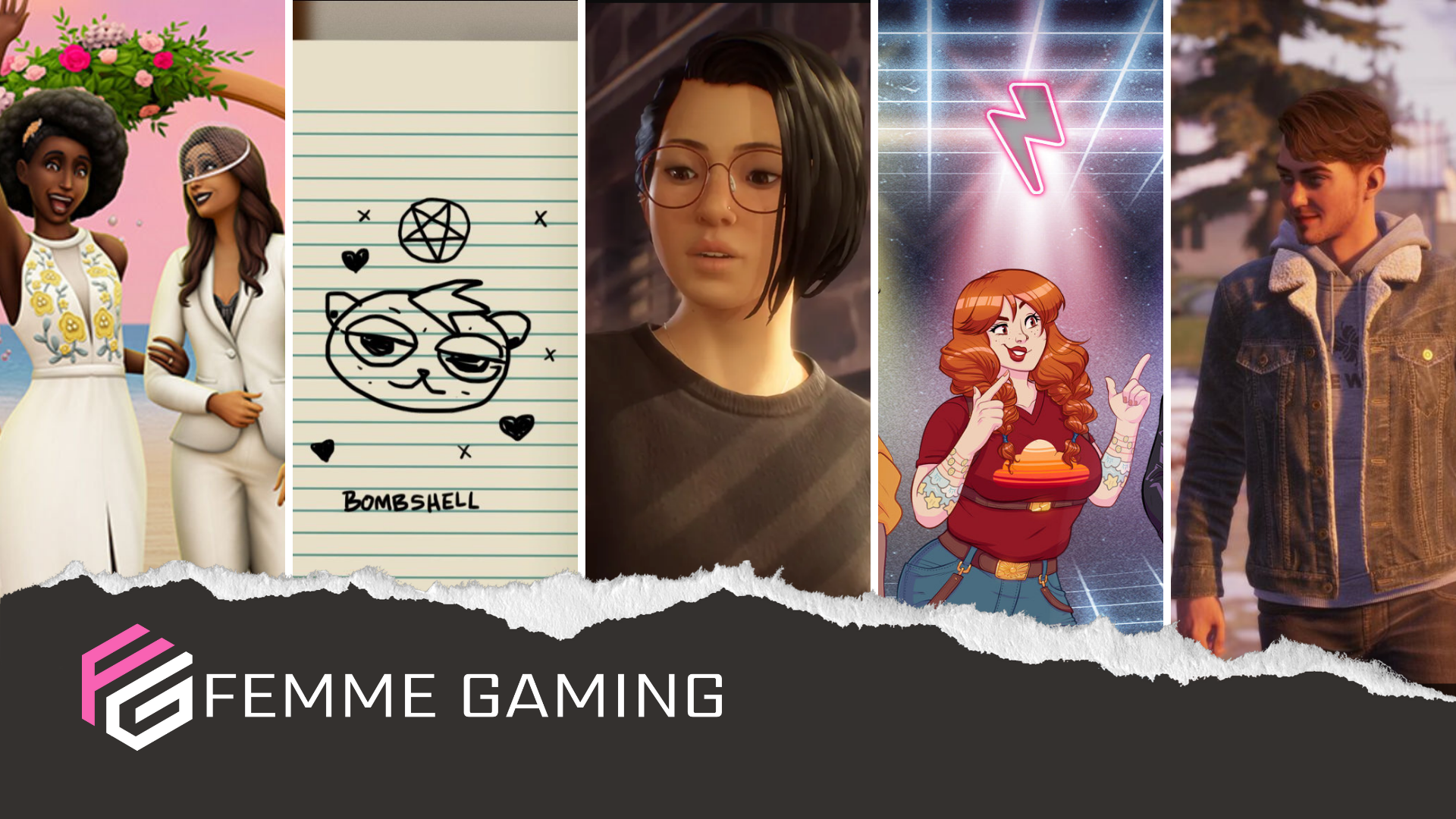 Representation is critical, and we all know this: seeing someone who looks like you or has similar experiences to you in pop culture helps us better understand ourselves – and oftentimes, each other as well! LGBTQ+ representation is no different. Recognizing oneself in media is more important than ever, and while the gaming industry still has work to do to be fully inclusive and diverse, we have more queer video game options to play than ever before. Here are five LGBTQ+ friendly games you should play for Pride Month.

If you’re a Sims fanatic, then you probably already know that The Sims 4 is a queer-friendly game, but one of their latest game packs, which came out last winter, took that a step further. Titled My Wedding Stories, the pack’s trailer was queer-themed and includes a veritable rainbow of options, including a wide range of activities to create the ceremony your (Sims’) dreams, and various builds from community creators, which reflect many different cultures as well. You’ll need to have the base game to be able to enjoy the game pack, and it’s available on all platforms.

The video game series Life is Strange has featured queer romance options ever since the first installment in 2015, and the fifth and latest game of the series, True Colors, doesn’t disappoint on that front either, making it possible for the main character Alex Chen to have a same-sex romance. An orphan with psychic abilities, Alex travels to reunite with her brother Gabe in the town of Haven Springs. Sadly, tragedy strikes and she finds herself trying to unravel the mystery of her brother’s sudden death. The game features amazing original music by the Australian duo Angus & Julia Stone, who composed an entire album for the game, fittingly titled Life is Strange.

Night in the Woods

Sometimes, the best representation is the most matter-of-fact one, where characters aren’t shouting their sexuality or gender identity on the rooftops. Night in the Woods accomplishes that, first with main character Mae, who mentions being pansexual at some point, but since that information isn’t really relevant to the plot, it isn’t pushed forward more, and other queer characters are included just as matter-of-factly. Mae is a college dropout, and when she moves back to her hometown she realizes everyone she knows has grown and matured without her. The relationships are the foundation of this simple 2D platformer: you explore and deepen those relationships, with dozen of story arcs to discover and big emotions to uncover.

Are you the nostalgic type? Arcade Spirits: The New Challengers is a visual novel that marries retro arcade games with dating sims in an inclusive and colorful world. It’s actually a sequel to Arcade Spirits, in a universe set in the Earth’s future of 20XX. You play an inexperienced arcade gamer, coming from the PC gaming scene, who wants to assemble a pro esports team for your favorite game. The character customization is truly inclusive, right down to the pronouns, and there are no restrictions regarding romance options. You can even choose an asexual path if you want, and as the team’s manager, you are free to choose your sponsor and who plays what rounds. The narrative and dialogue are what make this game a lot of fun, and the neon, 80’s-inspired neon visuals make it easy on the eyes as well.

From the same developer as Life is Strange, DONTNOD along with XBOX Studios, it’s no surprise that Tell Me Why is inclusive and LGBTQ+-themed. The lead character, Tyler, is a transgender man who reunites with his twin Alyson. Over the course of three episodes, you follow the twins as they prepare to sell their childhood home, and reminisce about their past. They discover a supernatural bond between the both of them, as they are able to talk telepathically: as you explore their memories, it becomes hard to figure out who’s right, as they both have different recollections of particular events. The portrayal of Tyler, and the dialogue and drama surrounding him, feel genuine and steer away from stereotypes, giving the game a refreshing trans perspective.

There are, of course, many more LGBTQ+ games that have come out in the last few years than ever before, but we’re still far from true representation. What would you like to say to game developers about what kind of stories would you like to see in future games? And what other LGBTQ+ game do you absolutely love?

Let us know in the comments!

What is eSports? 8 Facts You Should Know About the Industry