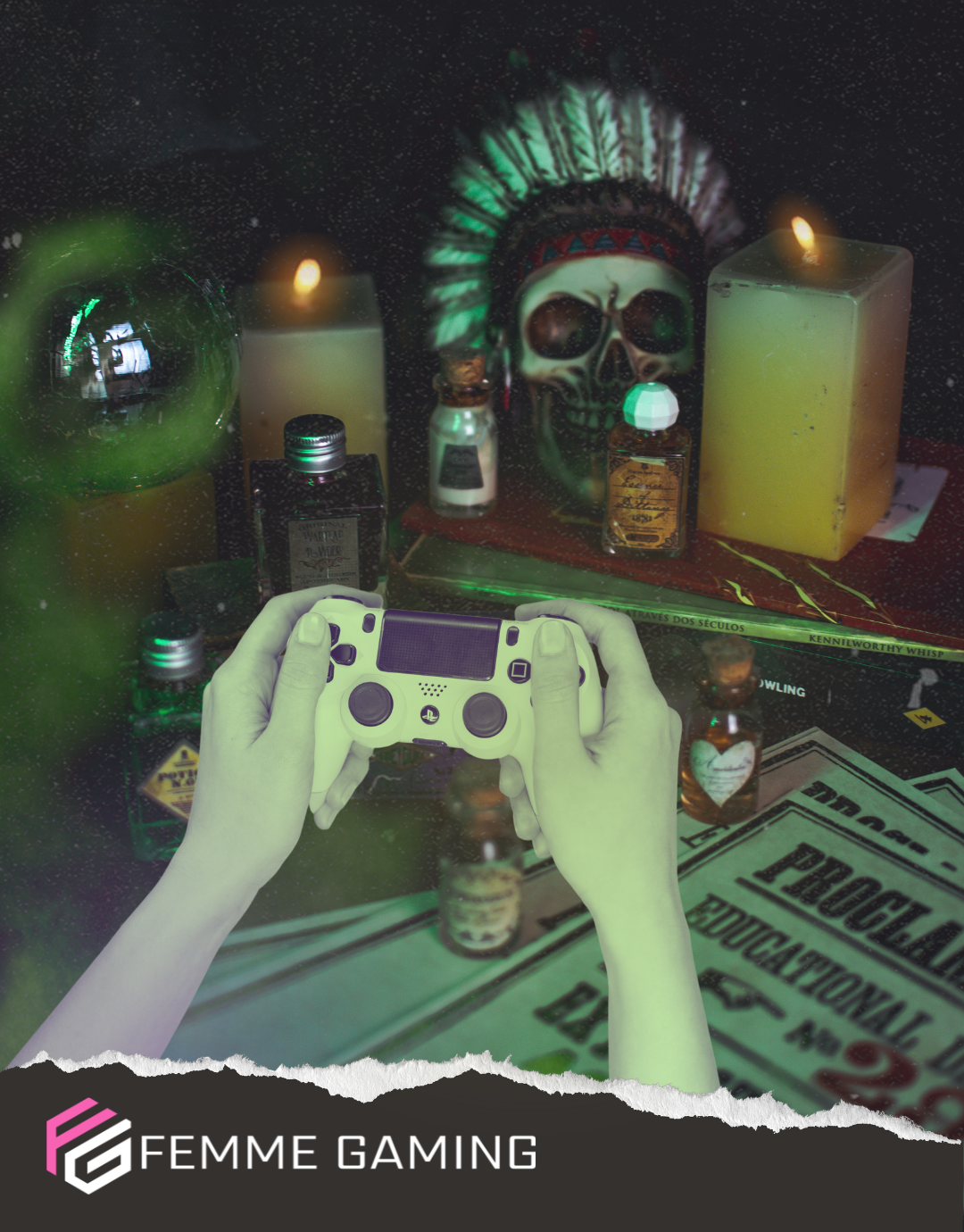 There’s no season for scary games or horror films, but they do feel particularly relevant when the month of October rolls around. If you don’t have a party planned, or kiddos to check on while they run around your neighborhood, you might be looking for other spooky ways to pass the time this coming Halloween. Here are five scary games that are worth checking out!

This one was hard to miss. If your YouTube Recommended is anything like mine, this game was all over your feed a few months ago, in let’s plays and reviews. If you haven’t heard anything about it, then great: this is what this piece is all about!

The Quarry is an interactive drama/horror game developed by the same developer who created the successful interactive game Until Dawn back in 2015, Supermassive Games. It has basically the same format, where choices you make during the game affect how events play out and what kind of ending you’ll get, with 186 total possible endings. You read that right: the game’s director, Will Byles, revealed the impressive narrative web in an interview with IGN. The story follows a group of teenagers who wrap up their summer as camp counselors at Hackett’s Quarry and prepare to leave. Unfortunately, one of the counselors, Jacob, sabotages their car to have one last chance to rekindle his romance with Emma, who just dumped him. With no other car to bring them back to civilization, the group is forced to stay one more night until a mechanic can come and fix the car. Despite the weird insistence of camp owner Chris Hackett to remain inside the camp at all costs during the night, the young counselors decide to live it up for their last night. Spooky things ensue.

The game is available on PC, XBOX, and Playstation. If you love a good story-driven game, this one is for you! Grab your candy, get a few friends together, and make the difficult choices that will bring all—or none—of The Quarry’s characters to the finish line.

Have you had enough of simulator games yet? Buckle up, because The Mortuary Assistant, available on PC only, is more than a simple simulator, even if it starts that way. You play Rebecca, a young mortuary assistant who just graduated and start working at the funeral home where she interned. At first, you must learn all the menial tasks that go into embalming a person, including paperwork, and the first shift is simple enough.

However, as you take on your second shift, stuff gets weird, and your new boss Raymond reveals that you must perform an arcane ritual to identify which demonic entity is trying to possess you before it takes over your soul. Nightmare realms, scary flashbacks and spooky jumpscares await you, as well as the body horror that naturally accompanies an embalming simulator. You need to reconcile with your past as you go about your job—not an easy task! If you’re not scared of blood (and, trigger warning, unaliving, and drugs), then give horror game The Mortuary Assistant a try!

If you’re looking for deeper spooks, MADiSON delivers. The first-person psychological horror game, available on all platforms, centers around the use of a Polaroid-type flash camera, which lets you connect with the beyond.

You play as Luca, waking up in a dark room covered in blood. You’ve been trapped by a demon named MADiSON to perform a gory ritual, which involves horrible torture, started decades ago. You need to survive and find your way out of the creepy house you’re trapped in by solving increasingly-complex puzzles using your wits, and your camera. There is no combat feature to this game, which only makes it that much scarier as you run from MADiSon and encounter a number of scary figures. Some have compared it to Visage, Silent Hill P.T., and Resident Evil, so if those are among your favorites, you’ll probably love MADiSON.

If you’re a fan of horror, paranormal, and sci-fi, then SCP should not be a mystery for you. The SCP Foundation is a collaborative fiction writing wiki that has spawned dozens of short films and games inspired by the stories collected there over the years. “SCP” stands for Special Containment Procedure” and refers to anomalies and phenomena which remain unexplained by science, and each anomaly has a specific SCP number.

This brings us to this brand-new horror game, SCP: Secret Files. It’s an anthology game, available on all platforms except Nintendo Switch. It regroups five different stories (so far—reviews have indicated there is hope, and room, for expansion). You start off as an assistant researcher for the Foundation and begin sorting through archives. Some files need to be inspected a bit closer, which leads you to dive into the five different episodes. Every SCP file has its own unique style and mechanics, which keep you on your toes and provides a varied experience, sometimes diving into straight horror and at other times being a bit more light-hearted. If you’ve played Control, then you already have a sense of what is waiting for you with SCP: Secret Files—and if you want more, I encourage you to dive deep into the SCP rabbit hole!

Horror games are fun and all, but sometimes you need to scale it back a few notches, and that’s where Cult of the Lamb comes in. This rogue-like adventure game, available on all platforms, marries dungeon-crawling action with resource management. You play a  possessed lamb saved by some kind of deity—to thank it, you must start a cult and amass followers to praise and appease it. That’s where the base management comes in: as you build your cult, you need to organize and care for your followers and weed out non-believers. You also get to explore neighboring regions in crusades and battle against competing deities and demons, hence the roguelike attribute. The crusades are randomized, as are the weapons and curses you’re given at the start of each crusade, but tarot cards along the way can boost your abilities or give you powerful advantages. To top it all off, the eclectic art style is absolutely adorable, while still infused with the appropriate amount of gore and creepiness to make it a Halloween-worthy game.

Are you planning to play any of these games? Tell us your favourite horror game in the comments!