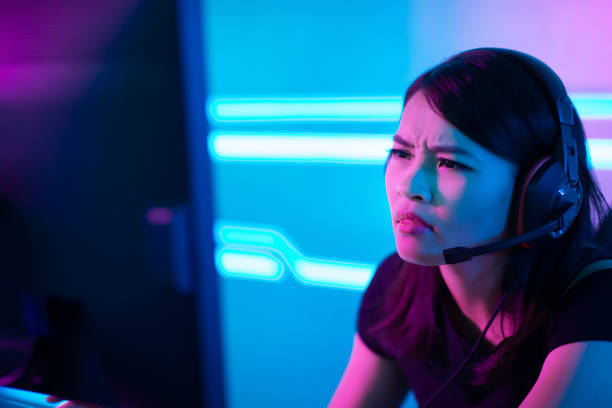 Women In Esports: RECOGNIZING THE STIGMA

In a male-dominated field, women have to work twice as hard as men if only to be recognized. In a recent article by Forbes, Tomoko Yokoi reported that everywhere in the world, almost half of all the people who play video games are female (41% in America, 45% in Asia). Making up around half of the population of the gaming world, women are still in the early stages of a break-out into the professional gaming scene.

It’s safe to say that Vaevictis’ performance in 2019 left a stale taste, but does it confirm the sexist stereotype that women are inferior gamers than men? In a 2015 article by Cuihua Shen and Rabindra Ratan, they concluded this stereotype is, in fact, false. Their research on MMO gamers showed that skill development has nothing to do with gender. While it’s hard to pinpoint the real reason that women are underrepresented in pro scenes like that of League of Legends’, one doesn’t have to guess to find the root of the issue: women are, more often than not, discriminated against and harassed everyday in the gaming world.

Popular Twitch streamer Félix “xQc” Lengyel earlier commented on how people feel threatened by a female streamer’s success: “There isn’t (sic) a lot of crazy successful streamer girls because it’s a male-dominant sector. There’s (…) 2000 successful guys, and when there’s one girl that succeeds, you feel threatened enough to discredit their success.” The discrimination against women gamers is not hidden under the rug either.

Women breaking down on live streams is not uncommon. Recently, streamer Jinnytty broke down on stream after her chat  was spammed with inappropriate messages that prompted her to show skin. In another instance, streamer Mythica saw a group of people flood her stream to bully her for not playing well. The luxury afforded to men is that if one man performs poorly, he’d be personally held accountable for it. However, if one female struggles with a game, the narrative somehow becomes “all girls are bad at video games.” Females are expected to play flawlessly while dealing with derogatory comments.

Recently, powerhouse organizations in North America Cloud 9 and Dignitas have introduced all-female professional teams. We could only hope that more, if not all, professional teams look into accommodating the other half of the gaming population sooner rather than later. Organizations like Femme Gaming are leading the charge to advocate for a reimagined gaming industry, one free of discrimination and harrassment against women, by empowering the female gamer and providing a safe space to make connections, ask questions, and showcase their content. Recognizing the issue of underrepresentation of women and discrimination of women in the gaming space and addressing it are only two baby steps to drastically change the climate.