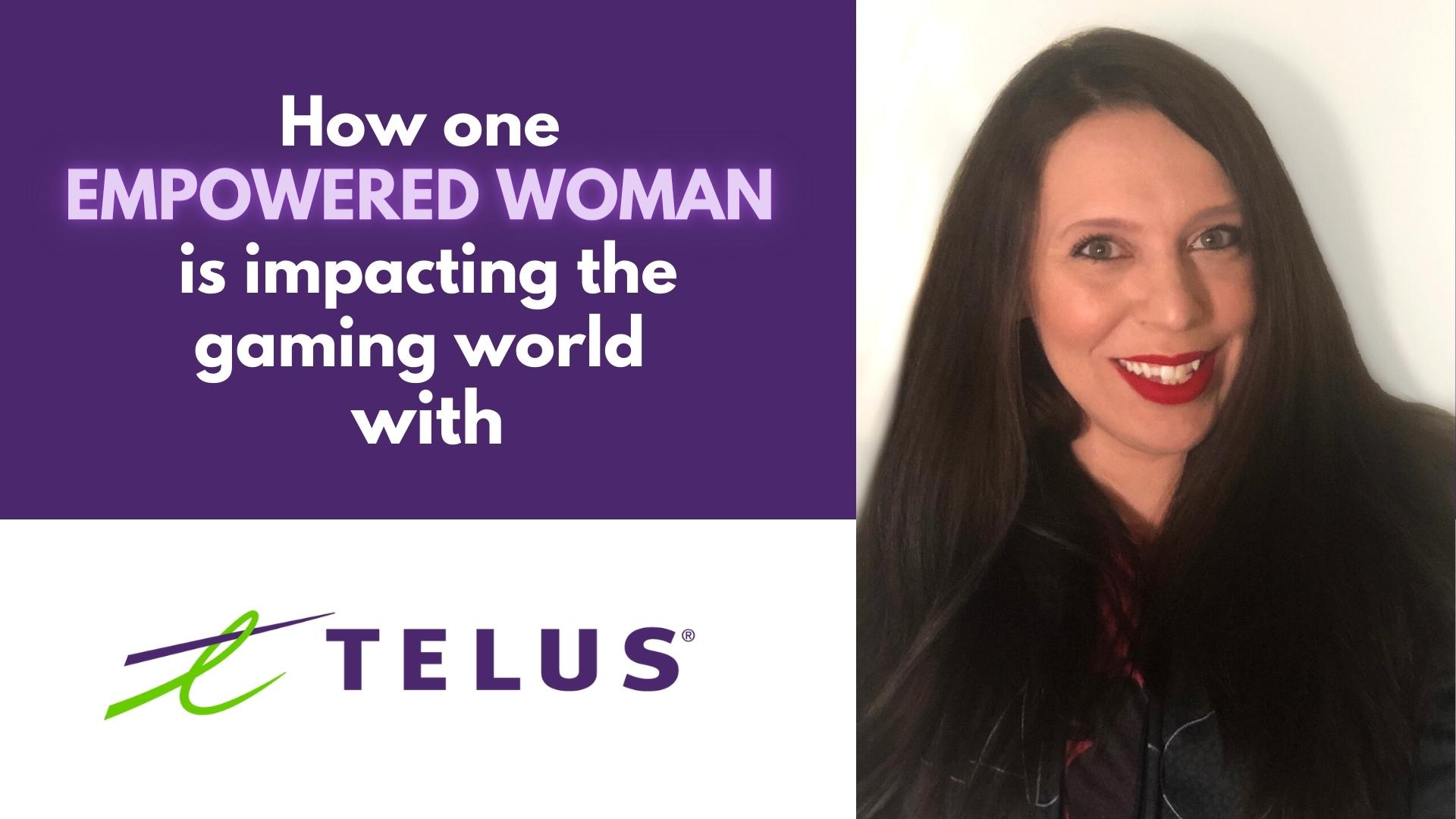 Happy Women’s History Month, dear Femme Army! As advocates for change in the esports industry, we oftentimes have to underline the bad and the ugly of it – the lack of diversity, women and marginalized genders not having a seat at the table, along with the rampant harassment and bullying, just to name a few. However, it’s not all bad all of the time! Some great initiatives are being taken by organizations around the world, and behind them, many powerhouse women are leading the way.

One of those women is Caghan Bonnough, a Senior Market Manager for Gaming at TELUS, a leading Canadian communications and technology company. An avid gamer since she was four years old, Caghan is effusive when talking about the special place gaming has in her life: “It was how my family connected when I was younger, and as I got older it would be another avenue of how I would connect with my friends, and my own children.”

The gaming initiative is fairly new at TELUS; Caghan was the one to pitch it during her interview when she was first hired because she couldn’t see any major brand promoting gaming for everyone, and working in the grassroots space in particular. It became a reality in 2020 when Caghan was hired full-time to help lead gaming at TELUS. She believes in the true accessibility of gaming and esports: “Once you’re into a game, and in a good community, there are no gender roles. There are no cultural differences. There are no economic background differences. It’s just you, your skill, and all of these wonderful people that you get to play with.”

When asked if she thinks women’s place in esports has evolved, Caghan is cautiously optimistic: “There has been some progression over the last few years: we see major brands, major publishers coming out and trying to support the space, and being loud and proud about it. That’s one step for seeing more women being involved in the development, in the board room, in eSports itself. We want to ensure that every person feels safe and comfortable in eSports. But not everyone in the industry is doing the right things today, to make sure that every single person feels safe and comfortable in eSports. I think it’s so important to say that if we’re going to create better communities to make us all feel safe and welcome, we need to do it for everyone.”

TELUS has a strong social mission and strives to impact communities and drive change, and it translates into the gaming world with accessible, grassroots initiatives like the Esports affiliate program, which aims to give even nano influencers a chance at a brand deal with a revenue stream, or as Caghan puts it, “support people who are in this community who are just trying to get a start and can’t get their legs under them.” Caghan is also behind the TELUS Esports series, a tournament that will be launching its second season in just a few weeks; it welcomes players of all levels (with prizes for all levels too!), and will feature tournaments for Rocket League and APEX Legends. They learned a lot from last year’s tournament, and their goal this year is to make sure their space is safe for people with invisible disabilities such as ASD, as well as women and marginalized genders.

Femme Gaming is proud of our partnership with TELUS as we are both committed to supporting a healthier community for gamers. Join other phenomenal leaders like Caghan in leading the future of esports by creating supportive, safe spaces for female gamers and representing intentional allyship of female gamers everywhere! To hear more stories of empowered women evolving in esports and gaming, and how they’re helping to empower other women to climb to the top, join us on this month’s Ladies Power Hour, live on Twitch on March 31st at 7 PM EST/4 PM PST.

Cosplay 101: More Than Just A Costume