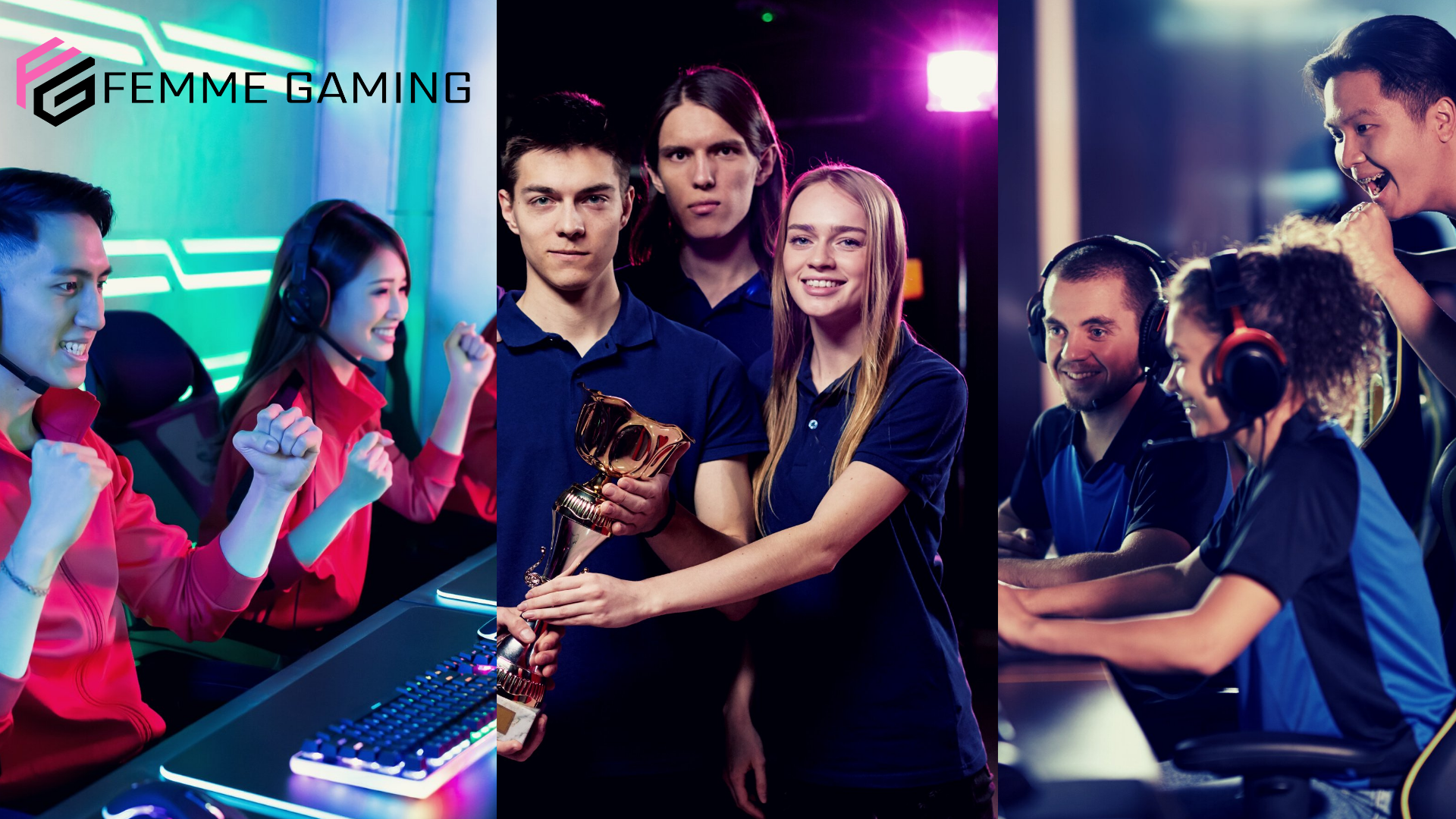 Female esports players make only 0.05% percent of what male players earn. Forget the wage gap: this is a wage canyon. According to Forbes, female gamers account for between 41% and 48% of all video game players worldwide, but that number isn’t represented in e-sports. In the college esports arena, only 8% of players are women, reports The Conversation. Femme Gaming wants to change that with the “Femme Effect” movement—but first, let’s talk about how we got here.

Integration of female players started a few years ago by creating all-woman teams, clubs, and competitions. These were safe spaces where players had the opportunity to enter the field and level up their skills because open tournaments weren’t accessible. As reporter Dom Sacco from Esports News UK writes about controversy surrounding women-only tournaments getting bigger prize money: “(…) all esports tournaments, which, although they are technically for all genders, could be mistaken for being men only, given the extreme lack of women players at the top level. (…) Women-only tournaments show the world that this segregation doesn’t need to exist. It gives them a place to play away from this embarrassing sexist shitshow we have in esports, it demonstrates this talent is ready to reach the next level, be treated as equal, and form mixed teams at the top level.”

When asked about the discrepancy, industry leaders often give a tired excuse: that women don’t make the cut because their skills don’t match up to the male players, which simply isn’t true. Nevertheless, the sexist stereotype is ingrained in the esports culture. As pro-Hearthstone player Slysssa, who is signed on Team Liquid, tells Forbes: “I’ve been accused of cheating numerous times; pro players on the scene have even claimed I’ve co-opped with male gamers. (…) I think future generations will have insanely talented women in esports when their parents don’t stereotype gaming by gender.”

With all of that said, Femme Gaming believes mixed teams should be enforced. To bring about true inclusion, tournaments and competitions need to impose new rules requiring the presence of at least one woman on the team, as a coach or a player. If that sounds extreme, it’s simply because esports have refused to make women’s presence mandatory in the space, which was created by, and for, men. Instead of focusing on having the different groups fit into the mainstream, the industry should focus on changing the mainstream and allowing everyone to participate.

That’s what the #FemmeEffect is all about: rewriting the code and ensuring women’s place in esports, and we are not alone in this endeavor. Our collaborative partners, like Josh Otero from NutriGMR, as well as other professionals of the industry, such as Halina Malik of Efuse, support this shift and use their influence to change the game. Make sure to watch our upcoming Ladies’ Power Hour on our Twitch page, where we’ll discuss the Femme Effect in even more detail. If you agree and are ready for change, share this article using the hashtag #FemmeEffect, and tag your favorite tournaments to let them know it’s time for them to reshape the mainstream!

Women In Esports: RECOGNIZING THE STIGMA